Last week, I was reading a report about Netflix's new revelation that one of its biggest competitors is not HBO, it's Fortnite. This was a bit strange to think about at first. Fortnite is a video game not a streaming service or a cable network. The more you think about it, however, the more it makes sense.

Most good teams, especially design teams, spend a lot of time talking to their customers. The true challenge, however, is in correctly framing the problem you're trying to solve separately from your product or its features. Once that problem is correctly framed, your true focus should be on talking to those trying to solve the same problem even if they're not currently customers. Obviously, this is not instead of listening to current customers, it is in addition to it.

For example, as Netflix researches where customers spend their time, it may be important to focus beyond other competing streaming services. Their focus should be on what type of content attracts different types of audiences and where they spend their hours when in front of a screen.

As I was reading the Netflix story, I was reminded of a discussion I had with a product designer and a researcher on my team in the past few weeks. Our discussion was around a specific problem we're trying to solve for customers. The problem was around customer patterns as they migrate to the cloud. As we discussed, we realized that most of the research we have is actually a result of hours and hours of conversations with existing customers. The specific personas we talk to in companies we work with are generally VMware customers whose thinking is somewhat shaped by the software we produce.

By the end of that research, what we had was a lot of information that we could use to make immediate changes in our products. That said, we didn't really have the full, longer term picture.

Focus on the right problems

In enterprise design, most of our time is spent on designing, implementing, and testing solutions. In comparison, very little time is spent on understanding, iterating, and verifying the problems we’re trying to solve. This seems a bit backwards. Understanding the problems we’re trying to solve is at the core of building the right solutions. This is not simply about going deeper into the already-defined problem, it is to go wider as well. Understanding the underlying motivations of personas involved, their drivers, and understanding others in the organization and their needs is essential.

For example, it’s highly unlikely that the outlook team at Microsoft would’ve invented Slack. Even though the underlying issue Slack is trying to solve, easy and efficient communication between individuals and teams, is pretty much the same mission for outlook or Skype. I am not even talking about how the solution was implemented but on the use cases and underlying problems Slack solved that outlook, Skype, or other competitors in the market didn’t.

The Netflix example above is pretty important because it refreames the problem. Instead of thinking of the best movies to stream or shows to produce, the core of the issue Netflix needs to focus on is hours to spend and content to consume, regardless of what that content is. This may be why Netflix, for example, is venturing towards interactive content like Bandersnatch.

Focus on the right personas

As you look at companies and organizations that “missed” a wave, most have missed it because they were too focused on their current customer base. They were making incremental improvements to their existing solution vs. trying to truly understand how the problem itself is being redefined. Much of the time, that problem is being redefined by personas other than the ones you’re talking to.

I’ll take VMware itself as an example. If you look at VMware over the past few years, focusing on infrastructure administrators, the people who actually build, manage, and monitor infastructure within an organization, alone has resulted in missing a wave where developers and app owners are deciding infrastructure tools. Fortunately, we’ve caught that wave early enough. However, it is important to understand that there has been a significant shift of power within organizations as more and more companies became cloud-first, software-first companies. This shift resulted in shifting the power of infrastructure choices from the hands of the infrastructure admins who chose infrastructure first to the far larger group of other IT admins, developers, and app owners. The shift meant that by the time infrastructure admins realized what they needed to support their developers, they needed it immediately. If you wanted to actually understand what infrastructure admins needed, you really needed to talk to the developers, app owners, and other decisions makers in their organization. Most of the time, these are not your customers and they are not on your customer list to chat with. They’re not in your inner circle groups or customer boards. This is by far one of the most important blind spots to recognize in design teams.

Do not confuse this with the faster horse problem

To be clear, this is not the "faster horse" problem. This is not about who innovates, the customer or the company. This is about understanding the direction to follow when you innovate. Most of this isn’t even about deciding what the solution looks like, it is about focusing on what the problem is today vs. what the problem is going to be tomorrow, in a few weeks, and in a few months.

Get the latest posts delivered right to your inbox 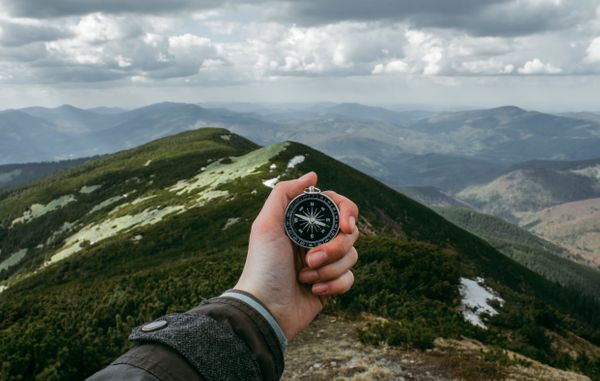 I ran into a tweet the other day that said  most leaders are generally great at one of three things: vision, operations, or coaching. Few leaders are great at two, 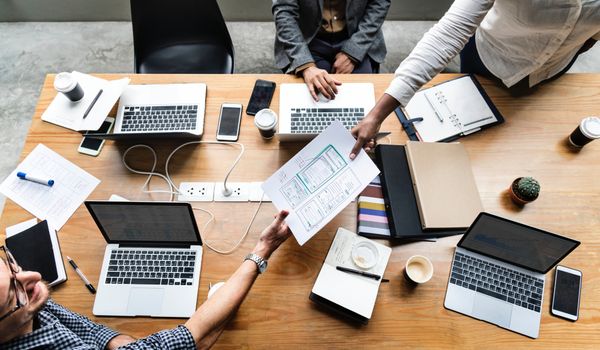 One of the hardest skills to learn as a new manager moving from an individual contributor (IC) role is how to delegate. How to use the power of a team

Stay up to date! Get all the latest & greatest posts delivered straight to your inbox